Skip to content
ACT membership increases after March 31, 2023 so lock in your $575 rate before then! View the Benefits of Membership and join now!

This site uses cookies to provide benefits of membership and to understand in general how people use this site. You can review our privacy policy here. Please indicate your acknowledgment below. 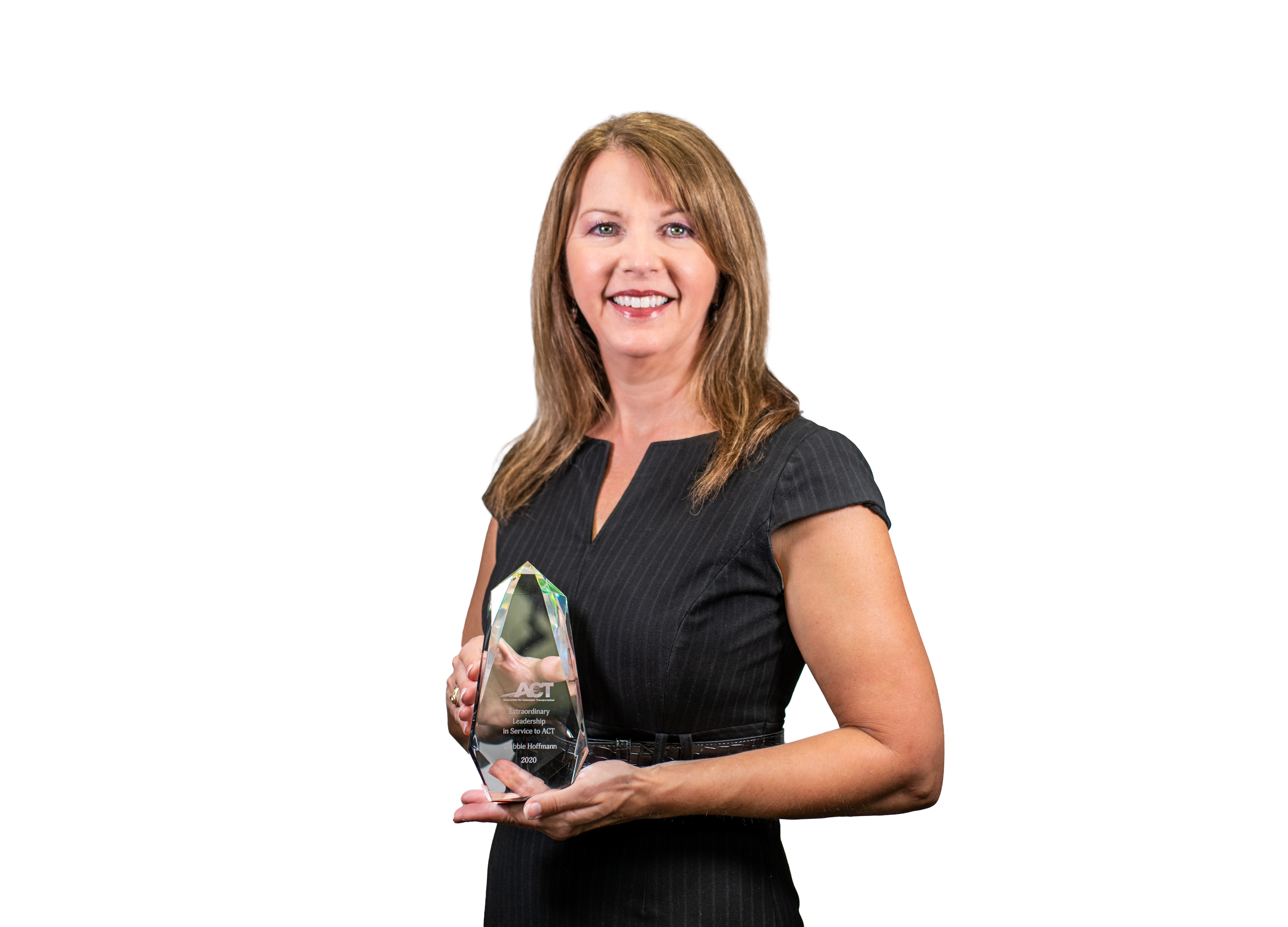 COLLEGE STATION, TX – Debbie Hoffmann, Director of Transportation Services at Texas A&M University, was awarded the President’s Award for Exemplary Leadership at the Association for Commuter Transportation (ACT) National Awards sponsored by Luum during the ACT Virtual International Conference on August 5, 2020. Selected by ACT President Connie McGee the Exemplary Leadership Award recognizes a member who has made significant contributions to the Association through leadership and engagement in ACT.
“Over the past few years, Debbie has been an avid supporter of ACT and willing volunteer, ready to take on any task needed including the lending of help to design conference programs and support materials,” said Connie McGee, ACT President. “Debbie has served as Treasurer for the Red River Chapter and, in 2018, took the role of Secretary for ACT’s newly established non-profit organization, the Center for TDM.”
“Debbie is a steadfast presence in ACT and her leadership within the Red River Chapter and nationally is tremendously appreciated,” continued, McGee. “In recognition of her commitment to ACT, it is an honor to recognize Debbie with the 2020 President’s Award for Exemplary Leadership.”
View a full list of ACT’s President’s Awards recipients online.
FRANK MONGIOI AWARDED THE EXEMPLARY LEADERSHIP AWARD BY ACTAugust 12, 2020 SEACT CHAPTER AWARDED CHAPTER OF THE YEAR AWARD BY ACTAugust 12, 2020

Is your company a member or do you want to create a guest account?

If you are an employee of an ACT member company and you need to create a login, or if you would like to create a non-member account, set up your login information by clicking "Create an Account" below.

If your company is a member, your online account may allow you to:

The members of ACT invite and encourage you to join! By working together, we can achieve our mission to maintain and enhance our industry as a whole.

All membership applications go through an approval process.